A SUSTAINABLE PLANET: Rescuing the Planet

Part 3: Where Life Is Hot

Just a few dozen small places on earth contain an enormous percentage of plant and animal species, many of which are found nowhere else. But these habitats are under severe threat. Protecting the planet from a catastrophic extinction crisis must necessarily begin with protecting these environmental “hotspots.”

Imagine being deep within a jungle in Ecuador, where the Amazon meets the Andes. Your campsite is in the middle of nowhere. Animals show up that might never be seen again. It’s all unexpected. You may hear jaguars, or dolphins jumping along in the river. Peering into the jungle, you just see endless green.

Comprising just 2.5% of the world’s land surface, these few dozen hotspots are home to 44% of all the world’s plants and 35% of all mammal, bird, reptile, and amphibian species.

You’re in the Yasuni Preserve, one of the most biodiverse places on the planet, with some 596 species of birds, 260 species of amphibians and reptiles, and where over 1,000 species of trees, shrubs and vines thrive.

Unfortunately, Yasuni also sits atop rich oil reserves, which is just one reason why this uniquely fertile habitat has already lost over 70% of its original area to human encroachment. Biologists call such biodiverse but severely threatened areas “hotspots.” Comprising just 2.5% of the world’s land surface, these few dozen hotspots are home to 44% of all the world’s plants and 35% of all mammal, bird, reptile, and amphibian species, many of which are found nowhere else on the planet.

In the race to prevent the next mass extinction, hotspots are the places we need to save first.

Fewer than 40 hotspots have been identified on land, most in humid tropical forests, and a smaller number have been designated in the oceans where research is greatly lagging. The loss of the remaining area of any one of these critical spaces would be disastrous, but even among these select few places, several, like the Yasuni Preserve, stand out as especially critical.

There are as many different insect species in just a couple of acres of the preserve as in all of North America.

Hotspots with the greatest number of species at risk include the Amazon, Philippines, Madagascar, Malaysia, Borneo, the eastern Himalaya, the Western Ghats in India, Sri Lanka and coral reefs. According to some biologists, the Cape Floral Kingdom in South Africa may be the world’s “hottest hotspot” because of the threats it is facing. A closer look at both the Yasuni Preserve and the Great Barrier Reef in coastal Australia illustrate what is at risk in all these hotspots and why. To explore 25 of the world’s designated hotspots, click on the image above to launch the interactive hotspot map at Half-Earth Project, then click on any hotspot on the map to discover its characteristics.

Life on the Yasuni Preserve is so rich that it is hard for people raised in an industrialized society to even imagine. There are as many different insect species in just a couple of acres of the preserve as in all of North America. Covering only about one-tenth of one percent of the Amazon, Yasuni is home to one-third of all the Amazon’s species of birds. It is also home to several indigenous peoples, including the Tagaeri and the Taromenane, two tribes listed as “uncontacted” although some have been murdered by poachers.

The Yasuni Preserve’s rich oil reserves pose a grave threat, despite national and international recognition of the area’s ecological significance. Protection of Indigenous land from development is written into Ecuador’s constitution, with the exception of extracting oil. So far the government of Ecuador, even during successive administrations, has resisted both domestic and international campaigns to keep the preserve off-limits to exploitation. After initially agreeing to fully protect the Yasuni (and even collecting millions of dollars from foreign governments and philanthropists to do so), the land has been opened to road construction and drilling.

While the Yasuni might possibly have the greatest density of unique species on the Earth’s surface, neither it nor other species-rich land preserves can claim the distinction of the greatest concentrations of animal biodiversity. That distinction belongs to the coral reefs of the warm seas. People aren’t nearly as familiar with marine life as with life on the land. For example most of us could readily name ten kinds of birds, but for many people all fish are pretty much the same. It is probably surprising to learn that there are perhaps a thousand different species of coral. And as it happens, a great many of these species will be among the first victims of the ongoing extinction crisis.

The Great Barrier Reef is the world’s largest, comprising thousands of individual coral reefs. It is a critical habitat for many endangered species. But it is now facing destruction from the direct and indirect effects of greenhouse gases. Warming seas have bred a super abundance of predators that are destroying the reefs. And as the seawater absorbs more carbon from the atmosphere, it becomes more acidic, inhibiting shell formation. These and other related factors such as the massively increasing amounts of sunscreen we use have triggered frequent and massive die-offs of large sections of the reef, and equally worrying, have prevented the coral from re-growing.

It’s easier to relate to “save the Galapagos” or to “save the redwoods” or to save a town’s open space than it is to save an abstract percentage of a land area, even though the outcomes are the same.

Like the Yasuni Preserve, the Great Barrier Reef is protected, but only after a fashion. The 2050 Plan for the Reef by the Australian government addresses threats that have caused some of the great die-offs. The plan aims to improve water quality, reduce the over-abundance of predatory starfish, and restore damaged areas. But, like Ecuador’s plan for the Yasuni, the Australian government plan has done nothing to mitigate the primary threat, which for the reef is climate change. Australia lags only the United States in resisting meaningful action in response to the changing climate. But in 2022, following a series of apocalyptic wildfires, climate change became a top issue for Australian voters, leading to a change in government. Created by Mark Johnson for Coastal Wiki
The areas shown are ten coral reefs at greatest risk from threats associated with climate change.

The Yasuni and the Great Barrier Reef illustrate an important truth: peoples’ willingness to protect nature is rooted in the familiar. Half-Earth aims to harness this tendency by restoring nature’s rightful place in our everyday lives, where its timeless value is undeniable. Protecting nature that’s “just outside the back door” focuses people on a viable goal with personal value. It’s easier to save a town’s open space than it is to save an abstract percentage of land area.

Yet the results can turn out the same. Many of the protected areas in the world were saved in just this way, through local action. But today it’s clear just how much life all around the planet is connected. Even the most remote regions like the Great Barrier Reef and the Yasuni are not safe from the changing climate or other global threats. Billions of animals died in the wildfires in overheated Australia, whether or not they were in preserves.

Our awareness of nature “just outside the back door” must expand. The primary, immediate, and vital need to save the Earth’s hotspots will not alone prevent the impending mass extinction. It is only part of the Half-Earth mission. The good news is that a surprising amount, a sufficient amount, of the natural world is still out there, waiting to be saved.

A Sustainable Planet
Our Plastic Earth 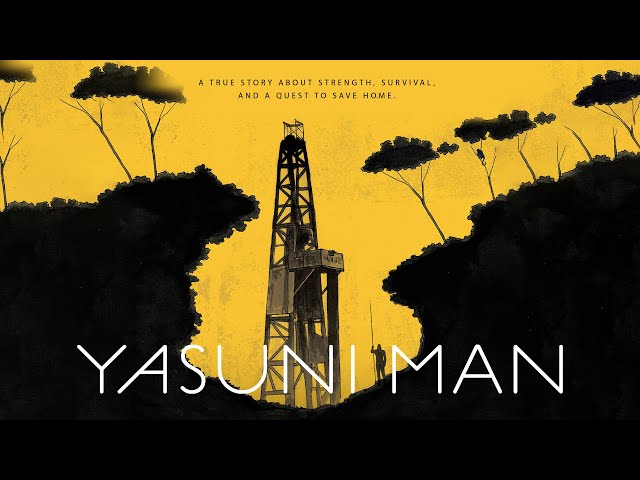 Trailer for an award-winning film by Journeyman Pictures and Ryan Patrick Killackey
Catch a glimpse of the unique environment of Ecuador’s Yasuni Preserve and the battle being waged there for preservation of the habitat and environment, and for the culture of the indigenous people who live there. 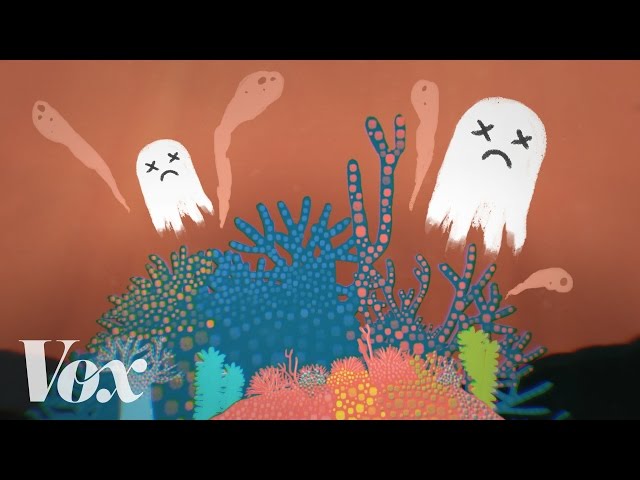 Watch: How Dead Is the Great Barrier Reef?

Vox
Coral bleaching is the biggest threat to the Great Barrier Reef. But it’s too early for obituaries. Learn what the situation of the Reef is today, what makes coral important, what makes it vulnerable, and where we have room for hope.

Part 1: Rescuing the Planet
Part 2: The Science of Half Earth